Brood manangement of Hen Harriers: working with or working against?

A slight diversion from the stuff I usually blog about.  This post has nothing to do with identifying birds or how birds appear.  It has to do with conservation, and how different approaches to conservation work together - or not.

In the good old days I was under the impression that most conservationists and conservation bodies (like the RSPB) took the approach that while they didn't really like people shooting grouse, they recognised that the people who shot grouse maintained grouse moors, and that was prerequisite for grouse to survive - and that in turn allowed their predators to survive.  I thought the thinking was that if you stop grouse shooting you stop grouse moor maintenance resulting in loss of grouse habitat, loss of grouse and loss of harriers.  Maybe that wasn't the official stance - maybe it was just what a few people I mixed with told me, but it was the view I was exposed to when I was growing up and I bought the argument - it made sense to me.  And I thought conservation bodies like the RSPB were seeking to work with landowners and gamekeepers and the shooting community in general.  It was a fragile relationship for sure, but one they thought was worth persisting with. 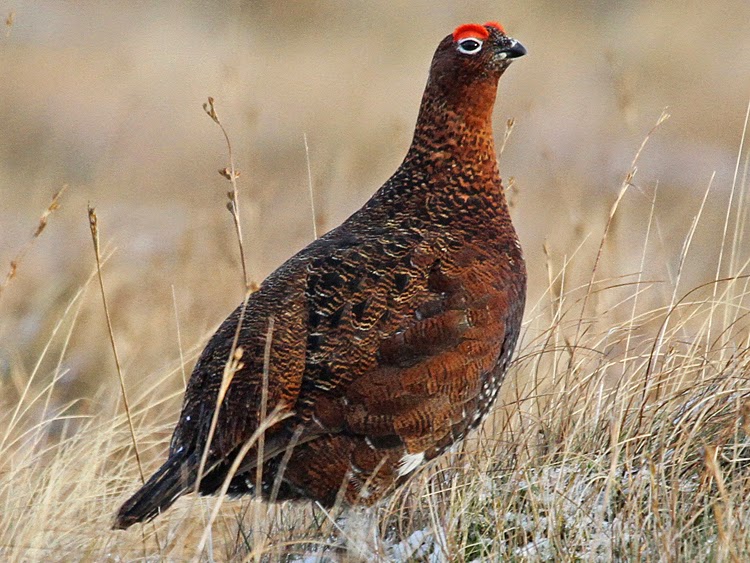 
Only in recent years has the tide of opinion seemed to change.  Recently the overwhelming majority view that I'm exposed to is that there is no working with the shooting community.  They are all bad, through to the core.  And now the popular approach for conservationists is to aggressively and activley oppose the shooting community and to campaign against grouse shooting in particular.

If I've read things right, many conservationists have decided that they've spent enough time and effort trying to partner with the shooting community and gamekeepers and have become so frustrated that their efforts have come to nought that they've given up that approach and switched to a new one.  It's the opposite to "if you can't beat them, join them": it's a case of joining with them isn't working so we'll beat them instead.

I don't know what the right answer is.  Breeding Hen Harriers have been all but wiped out in England and the shooting and gamekeepering community continue to spout utter nonsense in support of killing raptors.  The notion that a healthy population of predators can decimate  whole populations of their prey and remain healthy themselves, and that killing predators will somehow save our songbirds is as absurd as anything I can imagine, yet it is promulgated endlessly by gamekeepers and shooters.  Gamekeepers are being prosecuted and found guilty of killing raptors and their communities denounce their crimes in the most thinly veiled supportive way they think they can get away with.  I can certainly understand why conservationists have lost patience with them and switched to outright opposition.  Is there any point in persisting with a collaborative approach?

It seems that the Hawk and Owl Trust think there is.  They're supporting a proposal to allow brood management of Hen Harriers under certain conditions which, they believe, will offer sufficient benefit to Hen Harrier conservation that it will outweigh any disbenefit of brood management.  Brood management means that if two broods of Hen Harriers hatch within specific proximity of each other the second brood is removed and raised in an aviary before being released in suitable habitat after fledging.  One condition is that all remaining chicks must be satellite tagged which (a) allows monitoring and (b) deters shooting.  The other conditon is basically that members of the gamekeeper organisations behave themselves.  You can read about it here.  I don't honestly know if it is a good idea or a bad idea, but it doesn't seem unreasonable.  More to the point, it seems that it was a thoroughly and properly considered idea that is intended to support Hen Harrier conservation. 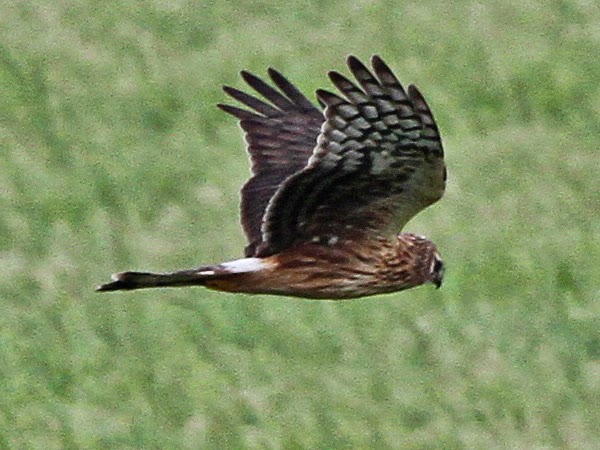 
Mark Avery is now a prominent figure in conservation.  He worked for the RSPB for 25 years and for most of that time was the RSPB's Conservation Director.  Maybe it's just because of the advent of social media, but he seems to me to have come to greater prominence since leaving the RSPB four years ago.  I only started to become aware of him towards the end of his time at the RSPB when I became increasingly concerned about some specific conservation policies that the RSPB were adopting under his leadership (particularly their partnership in the misguided and thankfully now abandoned project to introduce White-tailed Eagles into East Anglia).  I don't remember seeing it when he was still at the RSPB and maybe his independence has given him the freedom to be more public about what he really thinks, but new or not he is now pretty vocal in his opposition to the shooting community.  Maybe I just missed it before - I never found the RSPB magazine a great read (that's not a criticism - I support it targeting people who aren't already dedicated birders) and Twitter didn't exist, but now at least his approach seems to be an all out war, burn the bridges and don't even think about partnership or collaboration.  He gets a lot of support for that approach and with patience with the shooting community at an all time low it's little wonder he does.

Mark Avery may have done a lot of good and much of what he says and does may be of real benefit to conservation.  He may deserve the prominence and support that he enjoys and maybe he even deserve a knighthood as I saw someone suggesting recently.  But I don't think he deserves it for his blog post this morning.  In it he attacks the Hawk and Owl Trust for their stance on brood management of Hen Harriers.  He doesn't simply argue against their stance (I wouldn't mind that but he doesn't even do that very persuasively) but he attacks the trust.  Because the trust have a different more collaborative approach then he does they must be on the shooters' side.  Or on the landowners' side as he characterises that (not entirely without justification, I suspect, but unhelpfully here).  Their chairman might be a landowner but maybe that's a positive not a negative.  Maybe that gives them an opportunity to influence landowners in a way that promotes conservation far more effectively than burning bridges and trying to destroy them.

Just to remind you, according to their submission to the Charity Commission, the Hawk and Owl Trust "works to conserve wild bird of prey and their habitats and to encourage people to enjoy and understand these special birds.  It carries out its objectives through creative conservation, practical research and imaginative education."  From what I've seen of them at Sculthorpe Moor that sounds about accurate.