I hold my hands up and admit I'm not very good with gulls.  I know a lot of birders would say the same, but while some give up on them and others love them, I look at them but feel like I'm no better at identifying them than I would be if I'd given up on them. 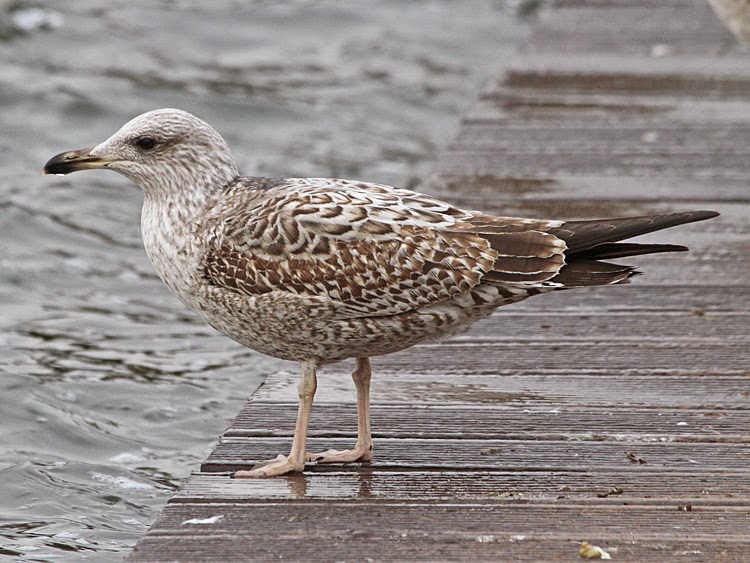 
Anyway, here's a gull I can't identify.  I did identify it at the time, but I think I made a mistake.  I thought it was a Lesser Black-backed Gull.  Can't remember why, but I'm guessing it was at because it shows dark flight feathers lacking paler inner primaries and because there are dark grey feathers in the mantle.  Surely that's enough to rule out Herring Gull?  I may have thought that the solidly dark tertials with whitish tips pointed the same way, but they're worn and a quick check of images of 2CY Herring Gulls in February finds several similar.

I am wondering about Yellow-legged Gull.  I don't expect them to look like this, but it's an idea that seems to have some merit.  I hardly ever pick out young Yellow-legged Gulls whereas I find quite a good number of adults and older immatures.  I think this is because I don't know enough about plumages of younger Yellow-legged Gulls and I'm overlooking them.  Have I overlooked one here?

So is this a Yellow-legged Gull?  Please comment and let me know what you think - and why. 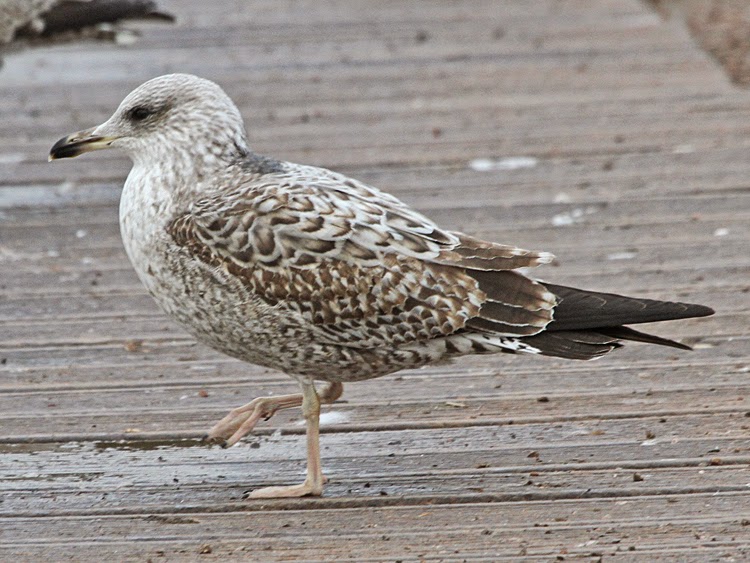 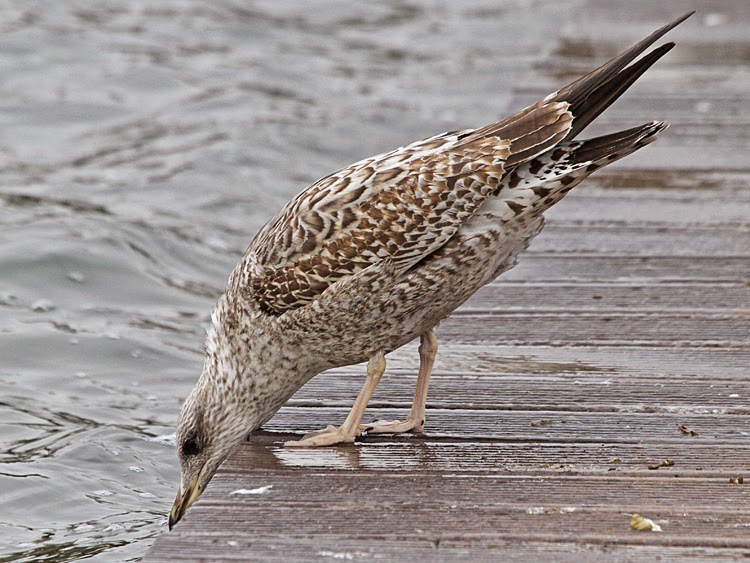 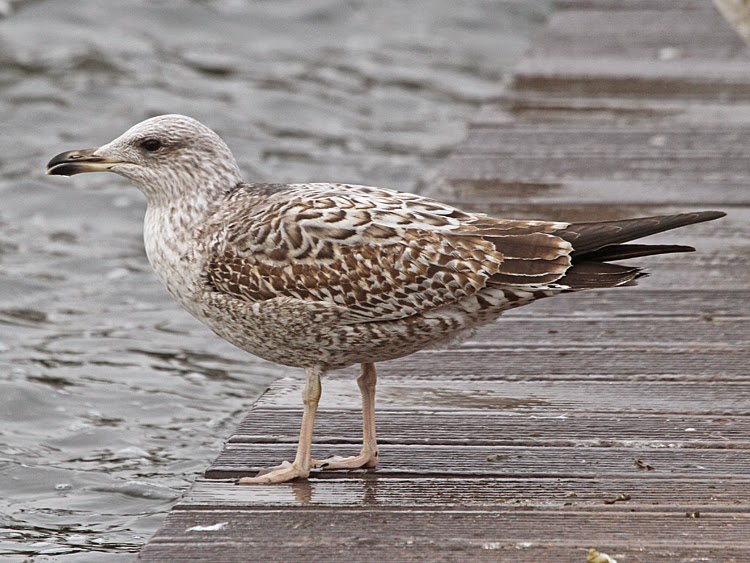 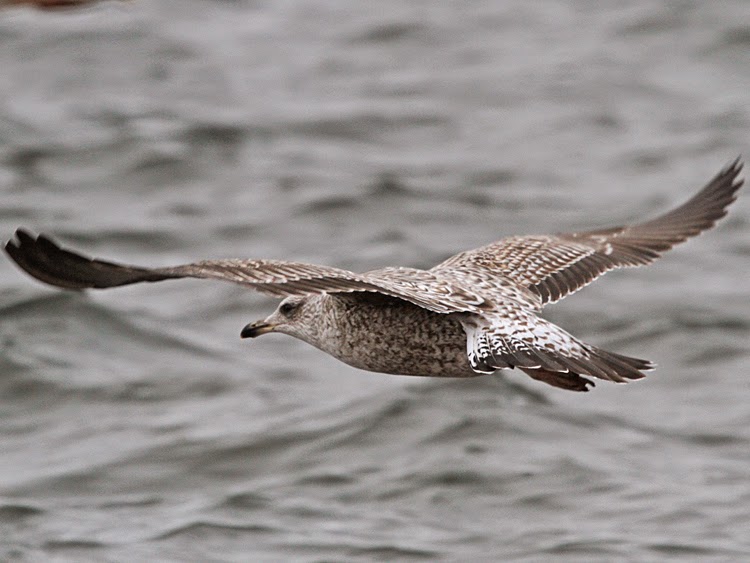 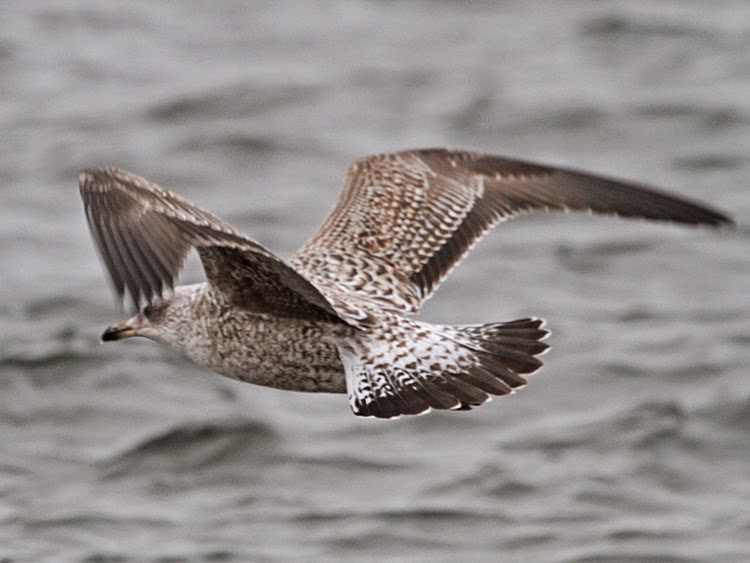