Following my last post about a first-summer Pomarine Skua here's another immature skua that's not a juvenile.  This one was seen on a sea watch from Sheringham in Norfolk.

I'm not completely sure if it's first-summer or second-summer.  Whilst it had a dark forehead and forecrown covering pretty much the same area as the dark on an adult pale-phase Arctic Skua it wasn't at all well-defined and didn't really recall the dark cap of an adult.  From what I've read a second-summer would be better defined than this, but do you agree that it must therefore be first-summer?  Are there any other pointers visible in the photos that enable us to age it?

And what about the species.  Having discussed it with Rob I think it's an Arctic, and that's what I thought it was in the field too.  While I was watching it I did wonder if Long-tailed could be ruled out, and I'm still not completely certain I've adequately eliminated that possibility.  What do you think?  Is there anything in the photos that clinches it beyond doubt? 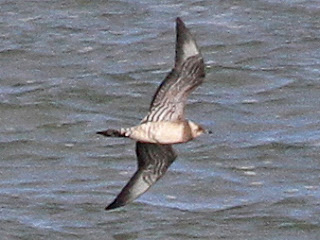 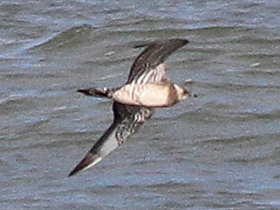 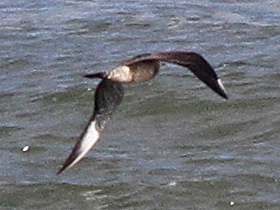 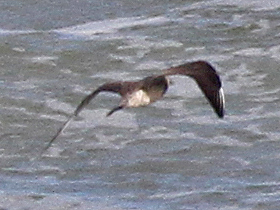 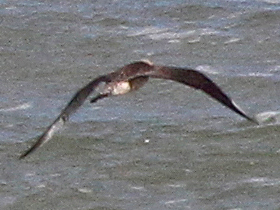 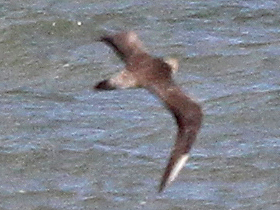 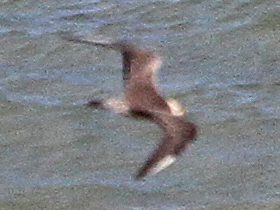 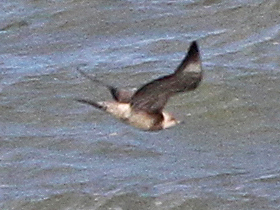 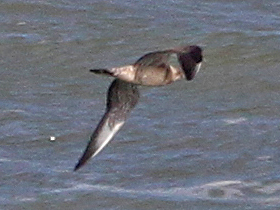 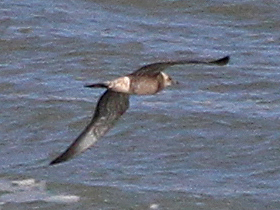 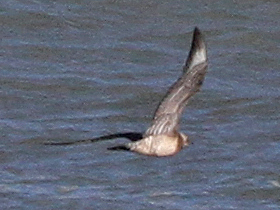 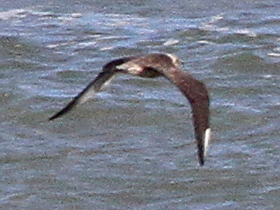