Well I didn't get much response on my last post about a Pied Flycatcher so let me try another...


This one was in Spain, by the visitor centre in the Ebro Delta, in May 2013 (I've only just got round to sorting the photos out).  It wasn't in suitable breeding habitat so can be assumed to be a migrant.  As such I imagine (but don't know for certain) that the nominate hypoleuca is more likely than the Spanish iberiae.

One feature caught my attention: the pattern at the base of the primaries.  I was looking to check the size of the white patch at the base of the primaries.  In itself the white patch was not especially remarkable but what was more interesting (to me) was that around it, covering an area more comparable to the more extensive white patch of a Collared Flycatcher, was a diffuse pale patch - contrastingly browner than the smaller clear-cut white patch but also contrastingly paler than, though diffusely separated from, the dark brown colour of the more distal section of these feathers.

I don't remember seeing that before.  That doesn't mean it's unusual - just that I've not noticed it.  Maybe I haven't looked hard enough - quite possible.  I checked quite a few images, of my own and on the internet, and at first couldn't find others like it.  Eventually I did find some, including breeding females photographed in England and in Russia.  So probably not unusual and clearly not an indicator that it might be anything other than nominate hypoleuca.

In the meantime though I tried to research how to identify female iberiae, just in case it hadn't turned out to be ok for hypoleuca.  I found very little info on ID of female iberiae.  In fact the only reference I could find on separating female iberiae from nominate hypoleuca was BWP which states that in female iberiae the tertial margins are much broader than in female nominate hypoleuca, forming small white wing-patch.  Well the white tertial edges on this bird are pretty broad and they form a white patch, but are they too broad for hypoleuca?  I'm not convinced, though there are certainly lots of photos of spring female nominate Pied Flycatchers on the internet where the white fringes are narrower.  Here are some more views - what do you think? 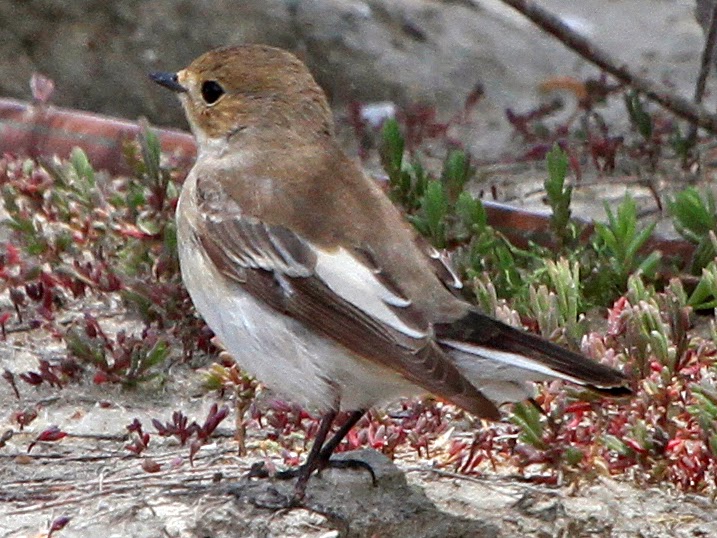 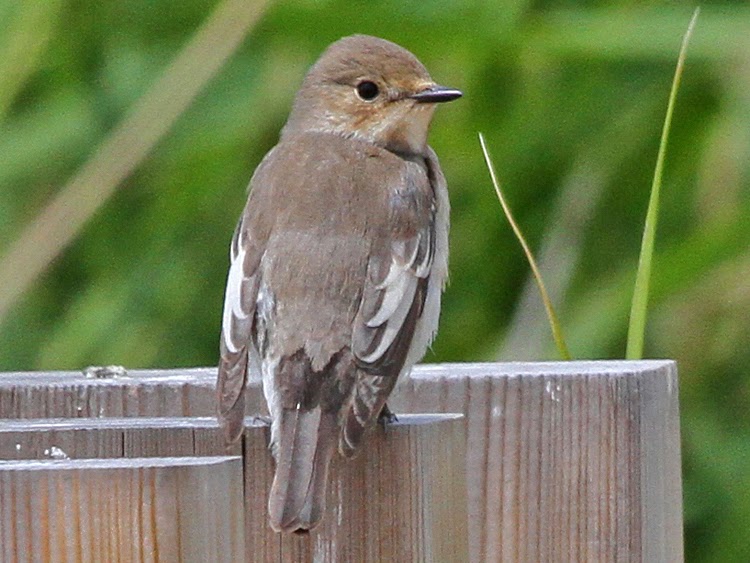 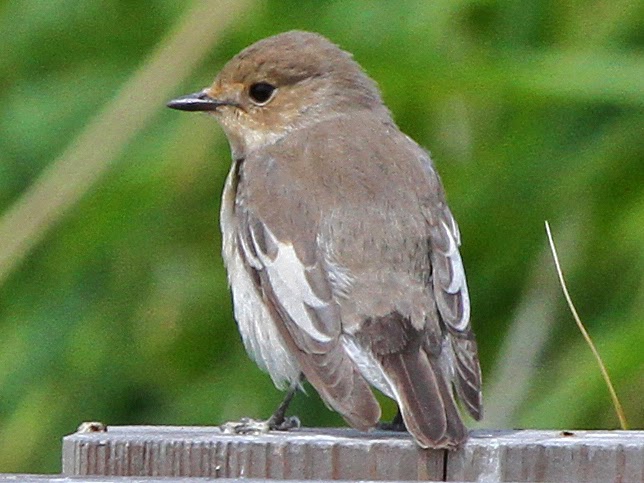 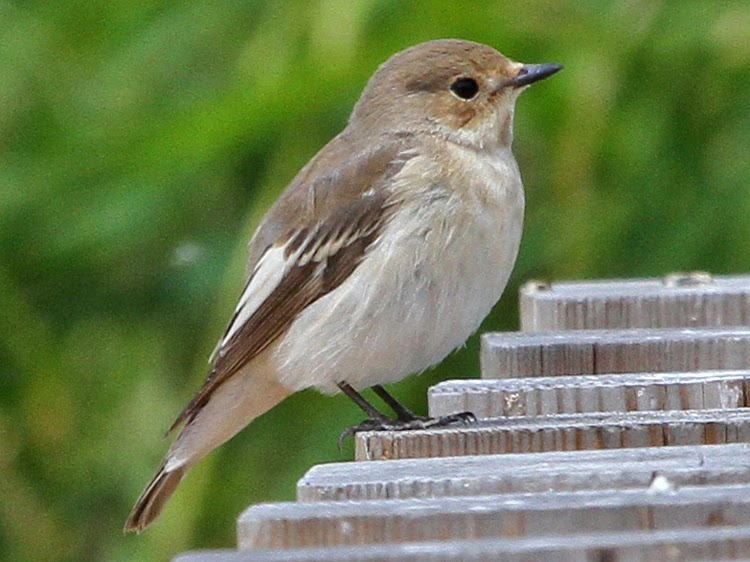 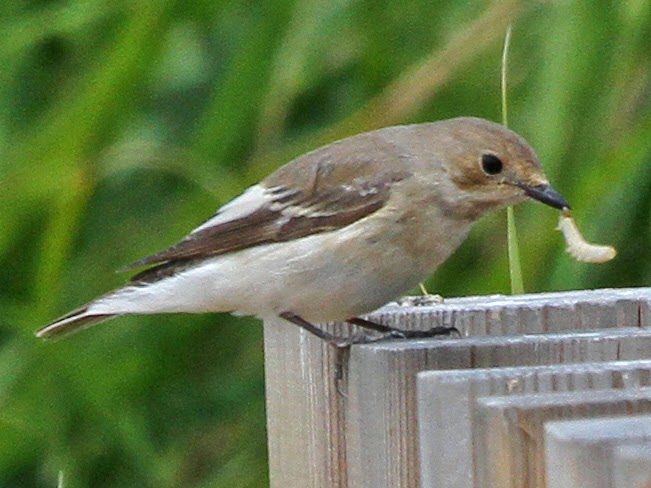 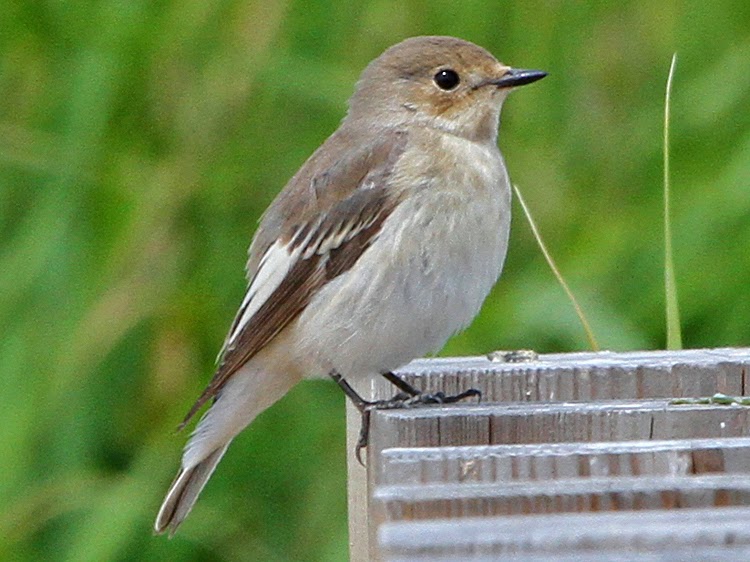 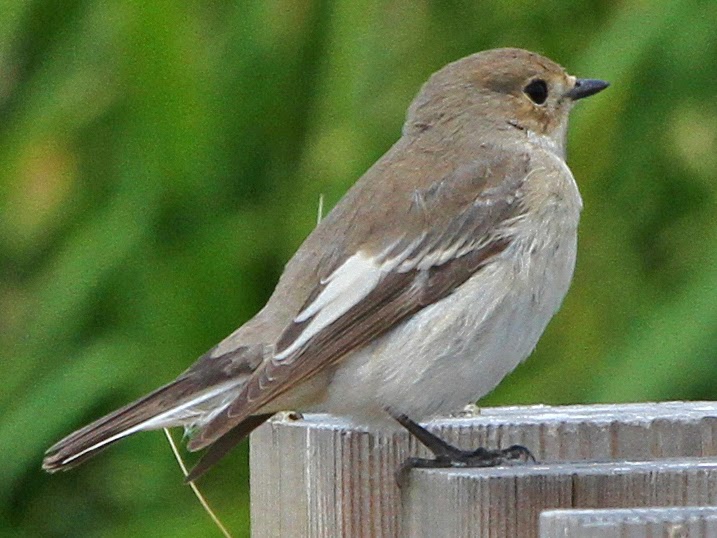 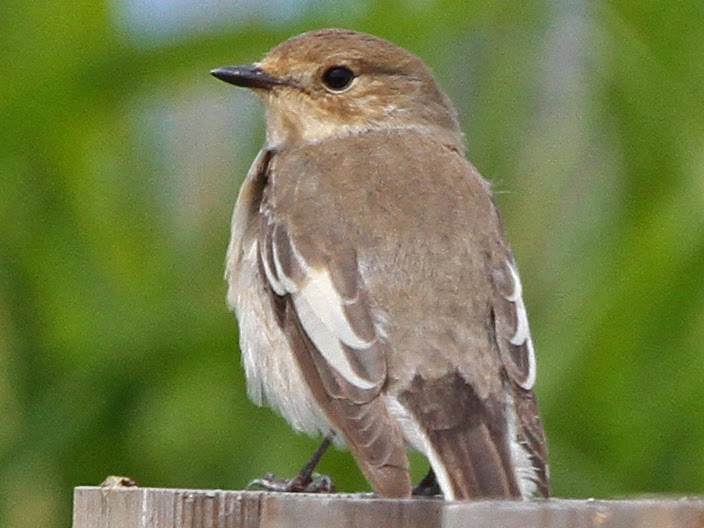 
Are there any other differences between the two forms to look out for?